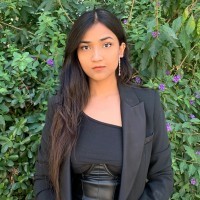 Film Review from Asha Saha, a 26-year-old woman based in Valencia, Spain. She received her Master of Science with Data Networks & Security in the UK. She was one of 3 women in her class and the youngest. One day, a classmate from Kenya, Simone, came to congratulate her on breaking the stereotype and that’s when she realized that even in a first world country, it doesn’t take too long for the inequality to start showing. Yet some might still be oblivious to it.

Currently, Saha is working towards specializing in marketing automation and founded her company, Spokesperson, to work with female and LGBTQIA+ owned businesses in the USA, UK, and Europe. She truly believes “unless you surround yourself with the kind of stories you want to listen to, you won’t hear them.”

In the workplace, progress has been made to bridge the gap between the genders, but we still have a long way to go until we see them getting implemented at the grassroots levels. Do women and men get responsibilities because of their capabilities? Are women held back because of preconceived notions attached to their gender roles? How do we change it?

Change starts with a discussion.

We need to have a discussion on how it affects us. We need to talk about why it must stop. We need to educate men and women about the gap that exists and what we can do to close it. We can only start when we see ourselves as equals, not as men or women. And we need to start now!

Spearheading the conversation, is a feature-length documentary, Pioneers in Skirts, discussing the gender bias and sexism women confront in their careers. Their relatable storytelling offers strategies for what we all can do right now to move the culture past it — at work, in our society, and at home. At the heart of the film is the story of three girls finding their agency, strength, and confidence by entering a robotics competition; but, what’s most amazing about Pioneers in Skirts, is that there’s something to take away for every single person watching the film.

My favorite parts of the film —

One of my personal favorite key takeaways? Engaging men into the conversation. Gender equality cannot be seen as a continuing women’s rights issue but as a collaboration that leads to mutual autonomy and interdependence. Sweden and Norway show us that the introduction of parental leave has a positive effect on male take-up of parental leave, and then on men’s long-term involvement in household work and childcare. This reaps economic dividends, as women’s talents are no longer lost to the labor force, and having an involved father has a positive effect on children’s wellbeing. This reminds me of a particular scene from the movie, outlining how a relationship between a father and a daughter can make a huge difference in how empowered she can be.

Another thing I appreciated about this film is that it translates internationally. From Mumbai to Malibu, every woman will find at least one moment to sigh and relate. A working woman in the 21st century may have found emancipation even in a third world country but her choosing maternity worries her similarly as it does a working woman in a first world country. The pandemic has not only led to a “Shecession” but also led to a steep increase in violence against women and girls. Which makes it a social responsibility to have these conversations and have them now!

If you’re someone who wants to be a part of a conversation to make a difference, or to help this conversation reach more and more people, I recommend you watch this film. Use it as a conversation starter, or a means to bring about change in your professional and personal circle.

This film from a daughter-mother team is dedicated to fast-tracking the cultural change we need in order to achieve gender parity in the workplace.

So, what are you waiting for?