Pioneers in Skirts is an engaging examination of gender parity in the workplace from the perspective of a female filmmaker who was frustrated with her own problems in the film industry.

Not finding many answers within her profession, she decides to expand her search to include other industries and society in general.

In an inspiring portrait of perseverance and determination, director Ashley Maria not only shares her own story, but she follows the journey of 3 robotic girls and their fathers as well as a young mother – all while traveling the U.S. to investigate solutions, speaking to fellow pioneering women and interviewing topic experts.

Pioneers in Skirts is a film from a daughter-mother team dedicated to fast-tracking the cultural change we need in order to achieve gender parity in the workplace. 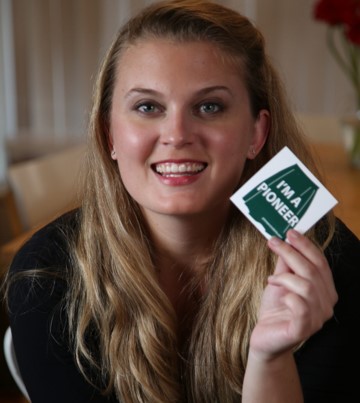 Ashley MariaDirector, Producer, Co-Writer
Ashley Maria is the director of Pioneers in Skirts.

Ashley is a filmmaker known for her work as a writer and director and location sound mixer for feature & short films, new media, and television commercials. A winner of the prestigious Directors Guild of America (DGA) award, she has also been recognized by the DGA Women’s Steering Committee as representing The Future of Women in Film.

When not on set, Ashley is a directing instructor at UCLA’s Film School and a sound instructor at the American Film Institute’s Young Women in Film program.

Ashley is also a North American delegate to the United Nation’s Commission on the Status of Women – the principal global policy-making body dedicated exclusively to gender equality and the advancement of women.

Prior to transitioning to a freelance career, Ashley earned over 10 years of studio production experience with Sony Pictures Television, Mark Burnett Productions, and ESPN.

Ashley hails from the Tar Heel state of North Carolina. She grew up in Raleigh; receiving her undergraduate degree in Media Production from UNC-Chapel Hill. And, in 2012, she decided to make California her home after receiving her MFA from the School of Cinematic Arts from the University of Southern California (USC).

Find out more about Ashley by visiting her IMDb page. 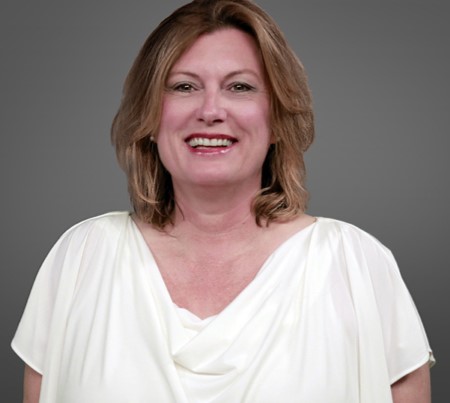 A Raleigh, NC-based producer, writer, and activation marketer, Lea-Ann spent 17 years of her career in the tech corporate arena at IBM, Memorex Telex, and Kyocera before transitioning to business consulting for mid-to-large sized companies.

When not in a conference room, Lea-Ann contributes to non-profit boards, guest lectures on the topic of marketing practice, and produces narrative shorts and social impact documentaries.

She is a winner of several technical and leadership awards – including the NC Triangle Women in Business award and the prestigious IBM Award of Excellence.

Lea-Ann entered her career at a time where she had to fight for many of her career achievements. When she heard her daughter Ashley’s story, she was frustrated to realize that the years of championing her daughter to be and do anything she wanted wasn’t working. Lea-Ann was shocked to hear that Ashley was fighting harder than she did!

That’s when Lea-Ann joined Ashley to share Ashley’s story; revealing the career obstacles she and many other women still have to deal with today.

Now that the film is completed, Lea-Ann is focused on building partnerships and tactics designed to deepen and advance the impact the film will have on our culture.

Find out more about Lea-Ann by visiting her IMDb page.