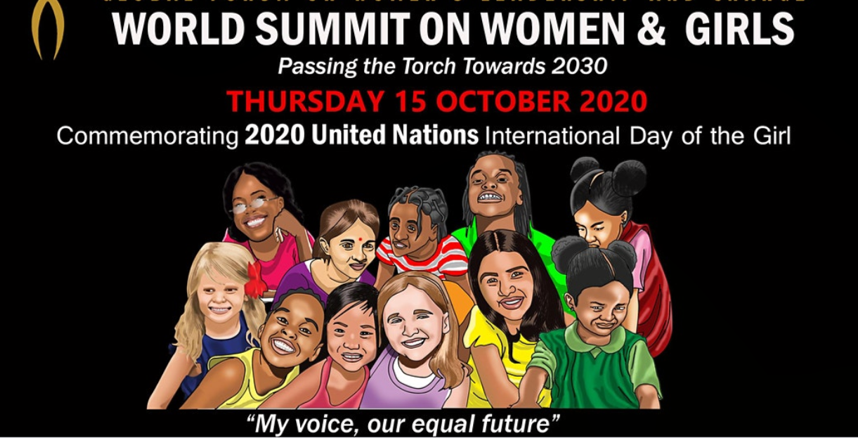 About this PUBLIC Event

A Virtual Inter-Generational World Summit bringing together women world leaders to dialogue with young women and girls across the globe to commemorate the 2020 United Nations International Day of the Girl, to review the journey so far, and passing on the torch towards a 50-50 Planet by 2030, with a focus on women’s empowerment, gender equality, female leadership, economic empowerment, political participation, science and technology, and all other sphere of life.

Donations received through this event will go towards the Scholarship Fund for our young women and girls from disadvantaged communities in Africa to access tertiary education around the world.

OTHER KEYNOTE SPEAKERS INCLUDE:

Her Excellency, President Atifete Jahjaga, first female President of the Republic of Kosovo (2011-2016)

Her Excellency, President Ameenah Gurib-Fakim, first female President of the Republic of Mauritius (2014-2018)

Her Excellency, Vice-President Jewel Howard-Taylor, current Vice President of the Republic of Liberia

Her Excellency Dr Josephine Ojiambo, Past Deputy Secretary-General of the Commonwealth (2015-2018) and current Special Advisor to the President of the Republic of Kenya