Pioneers in Skirts is from a daughter-mother filmmaking team dedicated to raising awareness for cultural biases and prejudices, empowering others to know that they aren’t alone, encouraging productive and meaningful discussions, and generating action.

No stranger to bias, Lea-Ann entered her career at a time where she had to fight for many of her career achievements. Like many women, she assumed her struggles made it easier for younger women entering the workforce. But during a heart-felt conversation on a drive to the beach, her daughter Ashley revealed bias was alive and well, and eroding Ashley’s ambition.

This revelation led them both on a journey to get answers around what Ashley and her colleagues were experiencing. After seeing the data around current stereotyping and sexism, Ashley and Lea-Ann decided to pick up a camera and produce their documentary.

Pioneers in Skirts director – Ashley Maria, is a DGA award-winning director, writer, and producer. She’s known for creating both comedy and horror films as well as content that addresses pressing social issues, especially gender equality. Ashley’s portfolio includes a range of funny (and fun), scary, musical, and impactful films with superheroes, singing neighbors, and screaming television characters — to highlight a few! Based in Los Angeles, CA., Ashley hails from the Tar Heel state of North Carolina. She received her undergrad degree from UNC-Chapel Hill and her Master’s in Fine Arts (MFA) from the USC School of Cinematic Arts – in California.

Pioneers in Skirts producer – Lea-Ann W. Berst, is a filmmaker and global activation professional based in Raleigh, NC. Lea-Ann was originally known for her “first-to-market” product marketing launches and today she is known for her work as a writer and producer of documentaries focused on cultural change. Lea-Ann is a graduate of SUNY Oswego and SUNY Canton. Her career spans from Product Management to Brand Activation in the tech industry, and now Impact Producing & Outreach Activation for documentary films. She has been producing documentaries since 2009.

Fun fact, Ashley and Lea-Ann are daughter and mother!

Long Biographies for Ashley and Lea-Ann: 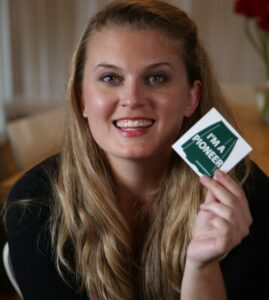 The founder of Ashley Maria Productions, she is the recipient of the prestigious Directors Guild of America award, and is best known for her films and media work, including the comedy & horror shorts — Friday Night Fright and Volcano Girl, and her 2020 breakthrough feature production Pioneers in Skirts. She received her Masters in Fine Arts (MFA) from the USC School of Cinematic Arts.

Ashley is also an advocate for advancing women’s opportunities. She is a North American delegate to the United Nations Commission on the Status of Women – the principal global policy-making body dedicated exclusively to gender equality and the advancement of women.

When not on set, Ashley is a directing instructor at UCLA’s Film School and a sound instructor at the American Film Institute’s Young Women in Film program. 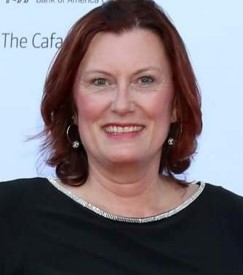 Leading the Pioneers in Skirts impact campaign, Lea-Ann works to maximize the film’s reach and help screening hosts use it to achieve equality in all areas of life.

Lea-Ann is a filmmaker known for her work as a writer and producer of documentaries focused on cultural change. When not on set, she is focused on building partnerships and tactics designed to deepen and advance the positive impact a film can have on our culture.

Lea-Ann is a graduate of SUNY Oswego and SUNY Canton -- taking her to a career that has spanned from Product Management to Brand Activation, and now Film Producing. She has been producing documentaries since 2009.

Movie Theme Song “Freeway” by Mia Yara
(Listen to it on our Spotify playlist!)