We met Dave Piscitello at a cyber security conference. He had just won a lifetime achievement award for fighting DNS and online abuse, and we followed his special moment with a keynote about Pioneers in Skirts. After we spoke of our mission and why we started this massive journey — Dave stepped forward to offer his assistance. He wanted us to achieve our goals.

He wants a better world for his daughter.

Here’s a snippet of the article he wrote on our behalf: (thank you Dave!)

Pioneers in Skirts: An Innovative Movement to Identify and Combat Bias in the Workplace

I recently had the opportunity to preview a documentary, Pioneers in Skirts, by Ashley Maria and Lea-Ann Berst. The film is a character-driven documentary addressing how women and girls with pioneering ambitions combat bias and sexism in our culture.

Through candid conversations of women who’ve encountered that bias, and most importantly, women have overcome bias to succeed when circumstances conspire against them, the movie seeks to encourage cultures worldwide to adopt gender parity. 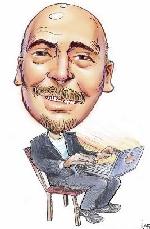 I watched the documentary in a male dominated ballroom during a recent security conference. It’s real. I’ve raised a daughter to be a dreamer, to believe she can do anything, and I recognized biases I wouldn’t have imagined having. This is an important film for every work environment, and perhaps particularly for cyber security, where women confront gender discrimination in the work place, while collaborating, and sadly, at prominent security conferences.