But hey, that’s a statement a first-time feature filmmaker typically would make. Creating a feature documentary film takes an incredible amount of dedication, belief in the film, as well as a business mindset.

Most documentaries take years to make, are intended to be impactful, and are usually made with a zero-to-almost zero budget. Not one bit of this effort is easy.

I hit setbacks every day —

The saying “you don’t know what you don’t know” applies to me on a regular basis, and I’m not embarrassed to admit it. It’s become abundantly clear to me that no amount of schooling would have prepared me for making a feature film on my own.

On a daily basis I am faced with having to figure out how to professionally move a movie forward with an impactful “story” and, well…all while making my rent payments.

So I juggle my learning curve with my (very good) film-making skillsets, and with the need to work on paying gigs. 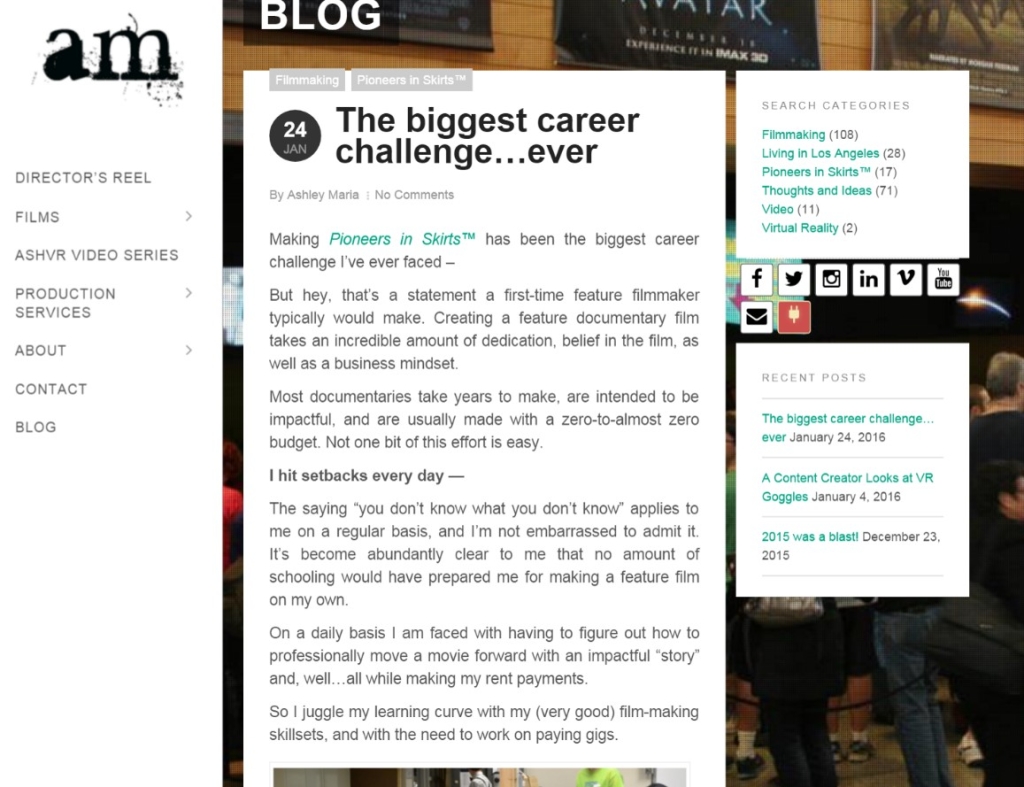 My education has made all the difference —

As I venture down this path of making my first feature film I am very thankful to have received a top-notch education that taught me process, increased my understanding for the film industry, and helped me to gather a team of trusted colleagues. It taught me how to handle project setbacks, figure out how to fix them, and move on.

A few years ago, I felt myself losing confidence in myself, my ambition — it was soon after exiting the University of Southern California with my Masters in film. I knew I wanted to have a career in film; but, as I took the actions expected of me to grow in my career, I was surprised to be knocked down at every step.

You can read the rest of this story here: Ashley Maria Filmmaker Blog.