Have you ever carefully read the list of names at the end of a movie?

Well I do. When I watch a movie’s end credits, I have an enormous respect for what it takes to make it. The people. The talent. The equipment. The time.

Sit back, take it in, and enjoy the entertaining end credits in Ashley Maria’s 2011 thesis film.

Independent films like ours, aren’t much different from the studio films you see in theaters…except for the budget is far less and the path to completion is far longer. We started Pioneers in Skirts by shooting a lot of the footage with borrowed gear and convincing very talented people to help us out on set. With several interviews and shots under our belt, and two years of filming, we finally had enough content to hold a Kickstarter campaign in 2015.

It was a successful yet grueling 1-month long Kickstarter. It got us out of production and into post.

Lack of funding slowed us down, story caused us to take our time. We followed a pregnant mom and 3 teen girls for three years. We followed Ashley as she spoke to experts on camera and applied lessons-learned.

Over four years after we started, the world has changed too. When we started filming in 2013, we were challenged to convince people of the unique obstacles women face in their careers. But today, we can see people starting to develop a more sophisticated attitude towards the issues.

It’s great to see eyes finally opening up to what we saw four years ago.

We aren’t kidding ourselves though…

Ashley and I weren’t surprised to hear that women cried as they watched Wonder Woman. All over the world women admitted to feeling the pain of the many “no’s” they hear during their lifetime. It’s very clear to us we are a long way off from achieving gender parity.

Pioneers in Skirts is as relevant as it was a few years ago. With over 40 years of conventional advice that’s been given to women, we haven’t even come close to closing the gender gap at the top. In fact, in many areas – the numbers for women who are achieving their career goals is either dropping, or the growth rate is slowing down!

The lack of female directors affects our world so much – the type of stories and characters we see on TV – that we had to make a short video about it:

The problem is STILL everywhere. 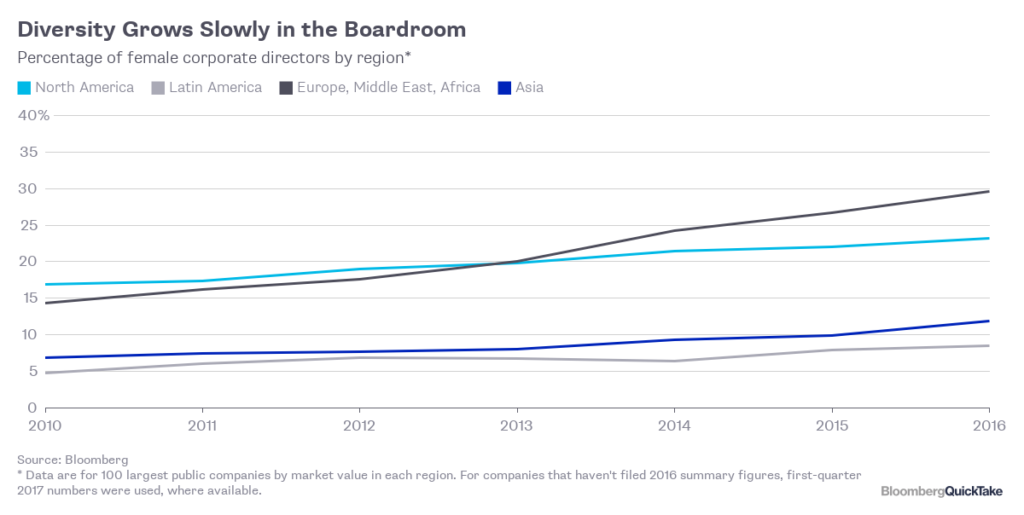 According to a recent Bloomberg compilation of studies: in the U.S., the pace at which women were added to Fortune 500 boards slowed to about 2 percent yearly after a decade of 5 percent annual growth ended in 2005. Men hold about 80 percent of all board seats for companies in the S&P 500 stock index.

Let’s pick another field… According to a 2016 Physician Compensation Report from Medscape, which is owned by WebMD, women earn significantly less than men overall. 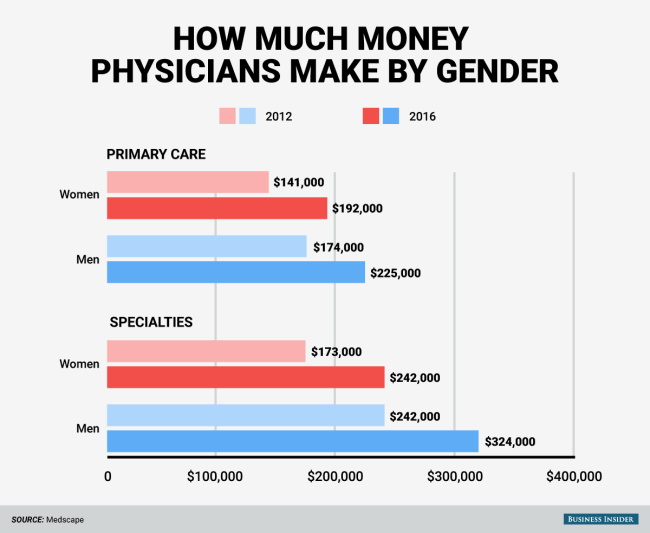 Awareness is key, but knowing how to take action (personally and systemically) is what it’s all about.

During our four year journey we’ve seen that today’s pioneering millennial women simply aren’t prepared for the tidal wave of setbacks and biases that will hit them. Our story shows young women, and people who advocate for them, what to do about it.

When we start out in our careers, we don’t always think about the intrinsic details for success. We learn the basics of making a resume, creating connections, and taking risks. But after the approach fails we want all the details. What happened? What did I do wrong. What could I have done differently. Did I make bad choices?

Pioneers in Skirts is a story about what’s preventing a gender-balanced workplace. We give a heads up to what’s coming and provide strategies for how to deal with it.

This is where I remind you of those movie credits. After four years of story-telling and expert interviews, it’s now time for the film to be seen. We’re almost there!

We have a long list of post-production activities and need to raise the film-finishing funds to pay for it. We CAN do this! We must. We need Pioneers in Skirts to propel us all, women and men, towards change within a culture that’s been throwing up walls in front of women and girls for far far too long.

We can do this, TOGETHER.