SAS Screening of Pioneers in Skirts

SAS Screening of Pioneers in Skirts 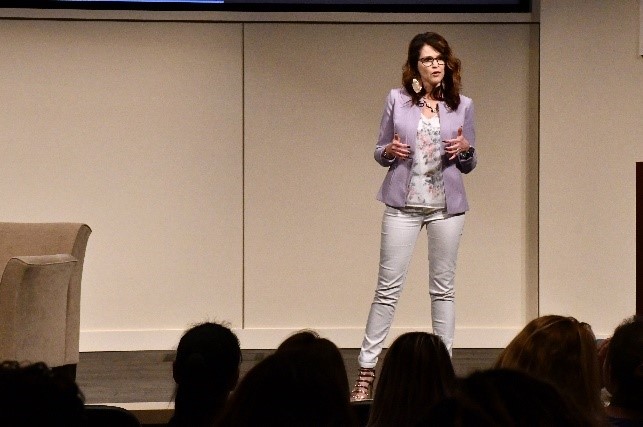 In celebration of International Women’s Day, the Women’s Initiative Network at SAS world headquarters in Cary, NC hosted a public screening of the Pioneers in Skirts documentary. We opened the doors virtually to allow groups all over the globe to pull together audiences to participate in the festivities. There was participation from Bloomington (MN), Sao Paulo (Brazil), Marlow (UK), Toronto (Canada), Mexico City (Mexico) and Munich (Germany). With a local audience of approximately 200 employees and members of the extended community, the goal was to bring together women and men from all over the local area to view the documentary and then have an interactive audience Q&A with Ashley and Lea-Ann.

I serve as the chair of the Women’s Initiative Network, earned my degree as an Electrical Engineer in the late 90’s and know firsthand the unconscious bias that women in technical roles face.

I prepared for the event by watching the documentary (twice) and found myself doing a standing ovation (and slow clap) at the end of the movie both times – right there in the middle of my living room!

What I love about this film is the fact that it takes a topic that is seemingly provocative and typically off limits for discussion and completely makes it safe to talk about.

This is going to be the start of a catalyst that opens the eyes of individuals everywhere to acknowledge behaviors and make changes that are going to have lasting impacts. The conversation that the filmmakers have so boldly started is like a stone being thrown into the water of a still pond — the ripple effect that it is going to make will impact generations to come.

What I am most inspired by is the hope that I now have for my ten-year-old daughter. The hope that she can be whatever she wants to be, without going through the challenges that I have been through. I honestly thought that it was normal for me to have to continually work harder than my male counterparts, from college to career.

After the movie screening, Ashley, Lea-Ann, and Snigdha Kotta, a Cloud Computing Product Manager and rising leader at SAS participated in a panel discussion that was facilitated by Jenn Mann, EVP and Chief Human Resources Officer of SAS (who was interviewed in the film).

The audience was not shy about participating in the conversation. Men and women engaged in the discussion and stayed long after the cameras stopped rolling to interact with Ashley and Lea-Ann!

Many audience members wanted to know how they can bring this much-needed conversation to local schools and their own children.

I am delighted to see that there is now a PIONEER AT HOME viewing option that allows parents and small groups the opportunity to view the film in the privacy of their own homes.

I strongly encourage parents to view the documentary with their children and become a part of the ripple in the water as it continues to spread across the globe.

Afterall, an equal world is an enabled world and raising awareness against bias will help us take action to forge this equality. Become a part of the change by booking a screening today!

The Women’s Initiative Network (WIN) is a community of SAS employees who empower, encourage and inspire women to pursue excellence in their careers and fulfillment in their personal lives. Members act as ambassadors for the organization and STEM careers, sharing time and expertise to develop leadership skills, expand professional networks, showcase thought leaders and attract women to careers in science and technology.