I won’t pretend that Pioneers in Skirts will convince everyone that the problem of sexism and inequality between men and women still exists; but it does, and can help. It can tell the 20/30-something who feels stuck in her company that she isn’t alone. It can encourage parents to keep showing their little girl that she can become president of an international company some day. It can show a straight-white-christian-man just how much work there is left to do. A lot of work. Work that he must be a part of.

It still amazes me that it took seeing the rough cut of a documentary for me to realize just how screwed up things still are. I mean, just take a look at recent headlines.

“Millions of women march on Washington DC in protest”

They look like they were printed decades ago. And, most would agree they belong in the past. Yet, there are many men (and women) like myself who thought sexism in the United States was mostly over, except for a few bigoted holdouts who would die sooner or later. So why do these sexist spectres rise to taint the modern newspaper? 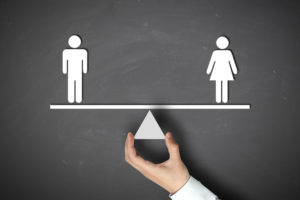 Because, frankly, things haven’t changed as much as I thought. Sure, our cars can drive themselves and we have human beings living in orbit now, but American attitudes towards women didn’t really evolve in the way processors and rockets did. Yes, more women are empowered today and achieving, but we still constrict them to a box.

That isn’t for lack of trying: bold, courageous women have always been there, standing their ground when they feel objectified or see things are unfair; fighting for equal pay and equal representation. The issue isn’t them: they know the problem exists because they experience it daily, and they persevere.

The problem is the rest of us…men (and women) who think of a woman fighting for equality and envision women of the past like The Suffragettes, instead of Emma Watson, Malala Yousafzai or Roxane Gay. It’s us, the men and women who think the fight was decided long ago, by our parents or grandparents, and is therefore unimportant.

I have only seen the rough cut of the documentary, but it was enough. It made me worry about the women in my life; my wife who is training to be a doctor. My young cousin who is fighting for a promotion while working endless hours in the hospitality industry. The attractive coworker who struggles to be taken seriously in meetings. It helped me see that they’ve been fighting battles that were, until recently, invisible to me. Just seeing the rough cut of the film opened my eyes, and I can’t wait for the finished product. 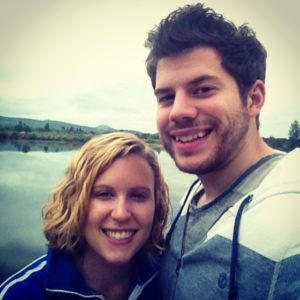 I’ll be championing her even more now

Ashley and Lea-Ann are working to get the final product perfect because it needs to be invincible, without flaw, because it is a battering ram against a culture that thinks the problem has already been solved.

It must overcome apathy and the lingering prejudices of the past to succeed.

It needs to be able to endure, because what it is saying matters.

And it is saying there’s still a problem with sexism, bias and cultural stereotypes in this country. We see it in pay, in the career setbacks from the “mommy penalty,” in the number of women who (don’t) hold higher office, who (don’t) sit on company boards: the problem is everywhere. Now is the time to put the apparitions of outdated American attitudes to rest. Pioneers in Skirts is also telling us that now is the time to stand and do something about it.

It’s time to show the many women who are experiencing unexpected barriers how to move forward.

Strategies for women facing disempowerment, about Pioneers in Skirts 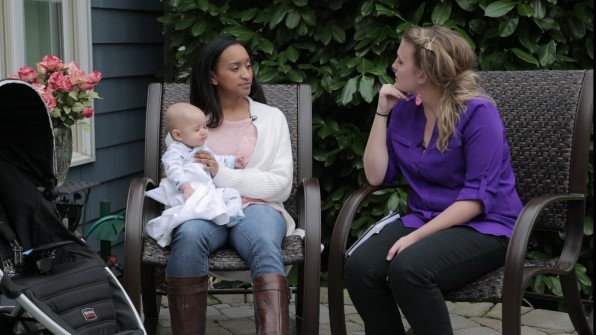 Lily speaks with Ashley on camera; sharing her story of experiencing the “penalties” she never thought she’d see in her career

It’s a film for the individual who wants to be a pioneer in her own career. It’s for parents who want their girls to grow up without the obstacles women are experiencing today. And it’s for men like me – shocked with what I’m seeing around me and wanting to know how I can make a difference.

If you’d like to help the film reach completion, donating your time or money would go a long way. If that’s not feasible, share this article with your friends or followers. Contact the producers on Twitter and encourage them, give them a pep talk. Whatever you can do, do it. Because we’re decades behind schedule, and we, as a civilized and fair society, have waited long enough.